It’s been 10 days since the release of the movie, The Kashmir files and it’s trending all over India. The movie with no big Bollywood star, as the main lead has achieved the success that most of the Bollywood movies die for. The reason for its success is the reality and originality of the story. It is about the struggles of the Pandits in Kashmir in the 1990s.

I got to know about the movie through an article and the thought popped up about how the movie is not promoted on television or social media. And this compelled me to watch the movie as soon as possible. After watching the movie, I had a burst of mixed reactions. The movie projects the miseries of Kashmiri Pandits through the blood-curdling story of Pushkar Nath Pandit and his grandson, Krishna Pandit.

The movie makes its audience aware of the term “Genocide”. Genocide is the purposeful killing of a large population of a specific nation in order to disrupt a nation while being patriotic for the other one. This movie depicts the killing of Indians in Kashmir, especially the Pandits and their families, that is, their women and children.

We, as the audience, face the confusion, just like Krishna Pandit, whether the genocide happened or not. It shows how one is not sure about the events if one is not present when the event is taking place. Some people are present around us, who try to manipulate situations and that is shown through Krishna’s teacher, Radhika Menon. But at the same time, supporters of Pushkar Nath are also present in the movie like his four friends.

The movie makes us more curious about article 370. Article 370 gives Jammu and Kashmir the liberty to make an independent Constitution. The people can make their laws, they get the freedom to disrespect the Indian flag, and the women in Kashmir were not allowed to marry Indians, outside Kashmir. And the movie talks about the repercussions of this law demanding the removal of article 370.

Other than all these situations, the Kashmir files also represent the condition of the Indian women at that period. For example, in the opening scenes of the movie, the villain Bitta, asks a woman and her children to stay in Kashmir while asking her to tell her husband to leave Kashmir. All these were known to us but watching all that on-screen is a different level of scary.

‘The Kashmir Files’ is a movie that presents brutal violence which is in its truest form. The movie has scenes of murders and killings, tortures, and harassment, violence against women and children, religious forceful violations, etc. The movie is mentally traumatizing.

A person looking for a happy ending movie should not watch the movie. But I would recommend you watch the movie for its facts. The movie is important to the gain of Kashmir other than its beauty and landscapes. The movie should be watched for its brutal honesty and reality and horrifying consequences over the Kashmiri Pandits. I assure you that it is going to make you cry and leave you with a lot of arising questions. 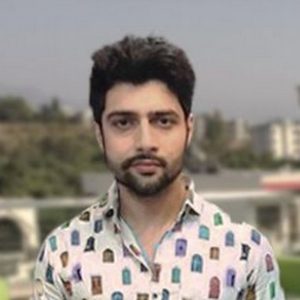